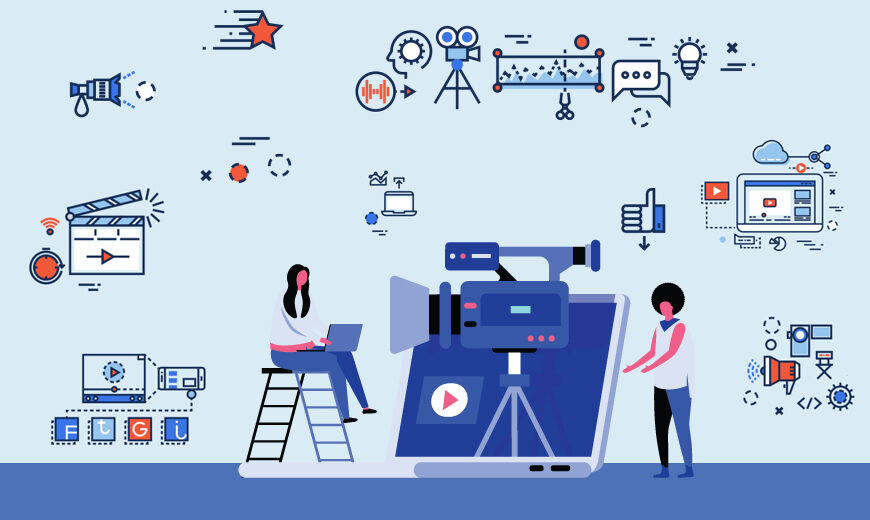 In a world where change is the only constant, where paperbacks are replaced by eBooks, and letters are replaced by emails, it is no wonder that the era of online journals has now been taken over by another informative method as well! What used to be the compilation of personal experiences and presenting them to us readers as blogs, has now uplifted itself to a whole new level of visual dynamics: creating a perfect combination of entertainment and infotainment. These contents are known as Vlogs i.e., video blogs that can be made by anyone having a camera, and which depicts their experiences, opinions and reactions on any topic they want to explore.

Thanks to the skyrocketing popularity, affordability and accessibility of various social media platforms especially YouTube, everyone having access to the internet can now create and upload video content depicting their experiences and their thoughts on their preferred topics and subjects.

From food explorations to staycations and traveling experiences, vlogging has nowadays been considered as one of the best forms of content creation. Owing to its expansive range of viewers all over the world, vlogging has made its way into marketing and promotions as well. As a result, a professional video maker or vloggers are nowadays treated no less than celebrities when it comes to all sorts of advertisements as well; be it a travel package, the opening of a restaurant, or unboxing a product.

But then just like every new type of occupation gets occupied by an overcrowded pool of competitors belonging to the same profession, the same goes for vlogging as well, as we see more than a million vloggers posting their video contents on the internet.

So how to make vlogs on YouTube? How to shine amidst the pool of vloggers and make your vlogs different from the rest, yet interesting enough to appear on top of the list and grab more eyeballs? What is the secret recipe behind a vlog great enough to attract millions of views, seize plenty of attention and interest to the products mentioned in the vlog, cementing the popularity of the vlogger and the profitability of the brand being promoted? Let’s find out, shall we?

1) Get Your Priorities Right: The Genre Of Vlog And The Type Of Audience

Creating a vlog is no different than making a movie. Therefore, before we even begin to scratch the surface of creating, editing and finishing vlogs, we must ask ourselves two questions:

i) For whom shall we be making this vlog?

ii) What is the topic to be covered through our vlog?

2) Spare No Expense In The Editing

3) Keywords And Thumbnails: A Match Made In Heaven

4) Keep In Mind The KPIs

Making your vlog content reach the “top trending” list is the perfect example of the quote “easier said than done”. To rise atop the ocean of video contents, and to receive the required spotlight to attract public attention, there exist several parameters to be followed, that ensures a greater social media reach, and a higher number of vlog content. These parameters are known as KPIs. Following are some of the most effective KPI parameters that are used for the evaluation of the vlog content:

A) Retention of viewers: Many times, viewers get bored by the contents of a vlogger and stop watching future vlogs of that vlogger as well. This reflects on the overall viewing algorithm that affects the channel growth.

B) Watch time: Total amount of time that is spent by the viewers in watching the vlog contents. The higher the watch times, the higher are the chances of the vlog showing in top search results.

D) Demographics data: The overall data representation that shows the number of viewers from different nationalities, age groups and other factors who watch a vlog content. This provides ideas of attracting a similar type of viewers for future content as well.

There was a time when the idea of podcasts sounded ridiculous, and yet, here we are, actively listening to hundreds of audio files based on various topics. Judging by the rapidly increasing popularity of online audio podcasts, it is not difficult to guess the importance of the video contents of vlogs and the social, financial and cultural impact they shall be having both in the present and the future.

And by following the above-mentioned points, creating vlogs that will be trending on social platforms and shall be getting hundreds and thousands of views and likes, will seem like a walk in the park.

Satisfying the viewers with the content, piquing their interest with the product featured in the vlog, thereby pleasing the collaborating brand, and of course, establishing yourself as a professional video maker, thanks to the likes, reactions and brand partnership, who could have thought that creating high-quality vlogs would lead to such a great win-win situation for everyone?